You probably never thought about reading the works of William Shakespeare for medical advice, but it turns out that the Bard had a keen understanding of the mind-body connection, a study in the journal Medical Humanities reports.

Dr. Kenneth Heaton of the department of medicine at the University of Bristol argues that Shakespeare, more than his contemporaries, depicts the relationship between psychological distress and bodily symptoms.

The findings "should encourage doctors to remember that physical symptoms can have psychological causes," Heaton wrote in the study. 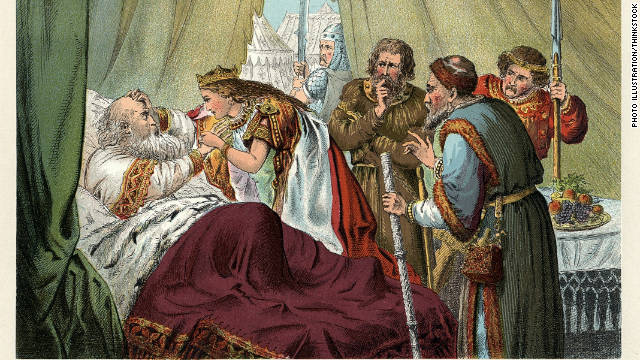 Heaton examined the 42 major works of Shakespeare and 46 works by contemporaries, matched according to genre. He found that symptoms that have roots in the psyche, including vertigo, breathlessness, fatigue, faint feelings and cold feelings are all more common in Shakespeare's works.

A famous example of the psychological causes of fatigue is in "Hamlet," where Hamlet says "O God, O God / How weary, stale, flat and unprofitable / Seem to me all the uses of this world!" and ends with "But break, my heart, for I must hold my tongue." Hamlet's mother and step-father have asked him to remain in Denmark, and Hamlet, disgusted by their marriage that happened so soon after his biological father's death, contemplates suicide in this speech in Act I Scene II. Heaton also cites passages from "The Merchant of Venice," including Antonio's opening confession o his friends: "In sooth, I know not why I am so sad. / It wearies me, you say it wearies you."

Shakespeare was also convinced that vertigo, marked by unsteadiness or a feeling of loss of control, could be brought on by extreme emotion. These days, that connection isn't commonly seen, but vertigo can be a stress-related symptom. Writers have used it as a metaphor for existential distress, but Shakespeare knew about its bodily effects: "He that is giddy thinks the world turns round," a widow in "Taming of the Shrew" says.

Unlike any of the Bard's contemporaries that Heaton studied, Shakespeare depicted characters losing hearing at times of high emotion. In "King Lear," Gloucester, who is blind and believes there is a cliff edge below him to jump off of, admits to his son Edgar that he does not hear the sea. "Why then, your other senses grow imperfect by your eyes' anguish," Edgar says. It could be all metaphorical, since psychosomatic deafness is not seen in the 21st century, but Heaton posits that perhaps in Shakespeare's time stress did cause symptoms related to ears.

Why so much attention to the mind-body connection? Maybe he wanted to make his characters seem more human or more relatable to the audience, or perhaps he unconsciously emphasized these symptoms because of his own body-consciousness. The examples Heaton could have all been written purely as metaphors, but he argues that the specificity of bodily symptoms and psychological feelings should not be dismissed as such.

"Many doctors are reluctant to attribute physical symptoms to emotional disturbance, and this results in delayed diagnosis, overinvestigation and inappropriate treatment," Heaton writes. "They could learn to be better doctors by studying Shakespeare."